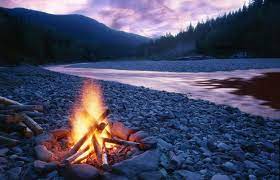 CORTLAND – Roger L. Rufener, age 87, passed away peacefully Thursday, April 15, 2021 at Vibra Hospital in Warren.  He was born March 29, 1934 in Howland, the son of Leroy and Sylvia (Valot) Rufener.  Roger was a longtime resident of Trumbull County, and spent many years living in Sarasota and Bradenton, Fla.

Roger graduated from Vernon High School and worked as a harness cutter at Packard Electric.  A member of St. Robert Bellarmine Catholic Church, he enjoyed camping and watching television.

Preceding him in death are his parents, Leroy and Sylvia Rufener; one grandson, Timothy Hess; and one sister, Joyce Cataline.

Services and burial are private.

To send flowers to the family or plant a tree in memory of Roger L. Rufener, please visit our floral store.

You can still show your support by sending flowers directly to the family, or by planting a memorial tree in the memory of Roger L. Rufener
Share a memory
© 2021 Staton Borowski Funeral Home. All Rights Reserved. Funeral Home website by CFS & TA | Terms of Use | Privacy Policy