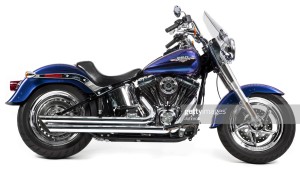 CHAMPION – Robert E. Lawhorn, age 88, longtime area resident, entered into eternal rest Thursday, March 25, 2021 at his home, in the company of his loving family.  He was born February 22, 1933 in Carter County, Kentucky, the son of Mickel and Sophia (Parker) Lawhorn.

Robert retired from General Motors after thirty years of employment.  He enjoyed riding horses and motorcycles, watching Westerns, and reading.

Precious memories of Robert live on with his beloved wife of over sixty-four years, Judy (Ruley) Lawhorn, whom he married September 15, 1956; two daughters, Edwina Buron (Eric) and Denise DeVitto (Joe), both of Champion; four grandchildren: Shannon Buron of Champion, Cory Haney of Champion, Kayla Skiles of Canton, and Joey DeVitto of Mineral Ridge; three great-grandchildren; two sisters, Eliza Bradley (Junior) of West Union, Ohio and Barbara Dalton of Florida; and many nieces, nephews, and their families.

Preceding him in death are his parents, Mickel and Sophia Lawhorn; two sisters, Esther Cummings and Darlene Lawhorn; and three brothers: Sherman, Stanley, and Charles Lawhorn.

Per the family’s request, services are private.  Interment will take place at Champion Township Cemetery.

To send flowers to the family or plant a tree in memory of Robert E. Lawhorn, please visit our floral store.

You can still show your support by sending flowers directly to the family, or by planting a memorial tree in the memory of Robert E. Lawhorn
Share a memory
© 2021 Staton Borowski Funeral Home. All Rights Reserved. Funeral Home website by CFS & TA | Terms of Use | Privacy Policy