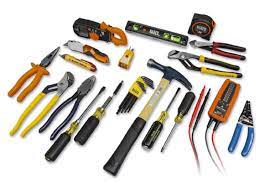 WARREN – Richard Lee McCorkle, lovingly known to all as Chachi, departed this life on March 21, 2021 at Trumbull Memorial Hospital due to respiratory issues related to severe asthma.

He was born on July 3, 1970 in Warren, Ohio to the late Billy Clay and Voninita Patsy Jane McCorkle.  Richard was born into a considerably large family and was the seventh child of eleven children that his parents were blessed to have together, and he was the fourth out of their five sons.  Richard attended Warren Western Reserve High School, from where he graduated in 1990.  He was a lifelong resident of Warren and was a known fixture by many.  Richard was a self-taught handyman who enjoyed assisting others with minor repairs to their homes as well as to their vehicles.

Richard is preceded in death by his parents, Billy and Voninita McCorkle; one sister, Shana McCorkle Dorsey; his grandmothers, Thelma Moxley and Lula Belle Bostick; one niece, Jamesa Owen; one nephew, Damar Owen; and his one and only beloved son, Rah Tish Lee Juan McCorkle.

Richard was a loving father, brother, uncle, and friend, and his presence will be greatly and sadly missed by all.

Services are 3:00 pm Friday, April 2, 2021 at Staton-Borowski Funeral Home, with Rev. Mario Hainesworth officiating.  Friends may call 2:00 to 3:00 pm Friday at the funeral home.  Masks are required, and social distancing practices will be observed.

To send flowers to the family or plant a tree in memory of Richard "Chachi" Lee McCorkle, please visit our floral store.