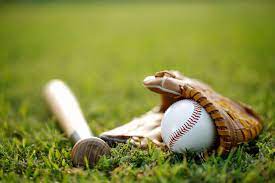 BAZETTA – Martin M. Manning, age 79, passed away suddenly Tuesday, March 30, 2021.  He was born February 4, 1942 in Pittsburgh, Pa., the son of Charles (Gene) and Olivella (Fielder) Manning, and lived most of his life in Trumbull County near Cortland.

Martin was a graduate of Cortland High School (Class of 1959) and the College of Wooster, later earning an MBA from the University of Pittsburgh. He worked as a landscaper and had his own company for many years, and he carefully tended his home garden each year, with a special interest in cultivating asparagus.

Martin was an outstanding athlete and played basketball and baseball at Cortland High, and later in the Warren Adult Basketball League as well as the Mercer-Crawford Counties AA Baseball League and Pymatuning Area Wood Bat League until 2019.  He also taught at Bristolville High School and Youngstown State University and taught and coached at Lakeview High School, mentoring young Cortland athletes for many years after.

Precious memories of Martin live on with his loving wife of over thirty-five years, Donna (Mastrangelo) Manning, whom he married in August 1985; his daughter, Mary Manning of Lakewood; his brother, Charles (Gus) Manning of Livermore, California; and his niece, Kate Manning of Varenna, Italy.

His parents, Charles and Olivella Manning, precede him in death.

Cremation is taking place, and a celebration of his life will take place at a later date.

Those who remember Martin are invited to visit a web-site honoring Martin’s life that will soon be launched at www.martymanningmemorial.com.  Visitors to the site will be welcome to share remembrances with Martin’s friends and family.

To send flowers to the family or plant a tree in memory of Martin M. Manning, please visit our floral store.

You can still show your support by sending flowers directly to the family, or by planting a memorial tree in the memory of Martin M. Manning
Share a memory
© 2021 Staton Borowski Funeral Home. All Rights Reserved. Funeral Home website by CFS & TA | Terms of Use | Privacy Policy