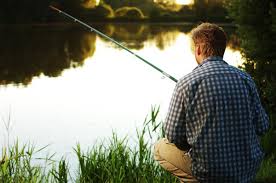 He was born October 26, 1959, in Warren the son of the late James Charlie Sr. and Dicie Lee Harvey Wells and was a lifelong area resident.

Kenny was raised in Braceville and attended LaBrae High School where he played basketball.

Following graduation, Kenny enlisted and was a veteran of the United States Army. He retired from Kraftmaid in Middlefield.

Kenneth enjoyed spending time with his grandchildren; going camping, and fishing; working out at the gym, and he was an avid Raiders Fan.

In addition to his parents, Kenny was preceded in death by his siblings, Orson Wells, Cleo Wells, and by an infant brother James Charlie Jr.

Caring and Professional arrangements have been entrusted to the care of the Staton-Borowski Funeral Home, 962 North Road, NE, Warren, Ohio 44483, 330-394-6200. Dedicated To Serving Your Loved Ones. This obituary may be viewed, and condolences sent to www.statonborowskifuneralhome.com.

To send flowers to the family or plant a tree in memory of Kenneth Wells Sr., please visit our floral store.