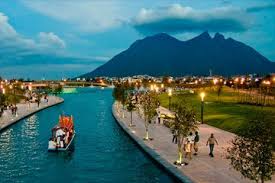 WARREN – Felipe Bermea walked beautifully into the night with his family by his side. He descended to Earth March 14, 1918 in Monterrey, Mexico, and ascended home February 1, 2021. Born into the pandemic of 1918, he was a month shy of his 103rd birthday. He was the son of Felipe and Josefa (de la Garza) Bermea, and had lived in the United States for over seventy years.

As a Mexican immigrant, he volunteered to be drafted into the United States Armed Services. He served in the U.S. Air Force during World War II and the Korean conflict through which he gained his citizenship. On July 6, 1958, he married Enriqueta Cisneros. Together they raised 3 children and made a home in Warren, Ohio. He retired in 1980 from Republic Steel, where he had been employed as a steam stationary engineer. He was a member of St, Mary’s Catholic Church, the Loyal Order of the Moose Lodge 627, and enjoyed traveling, dancing, playing cards, gardening, and cooking. Known as the “Lucky One”, he enjoyed traveling to the casinos with his wife and friends.

Precious memories of Mr. Bermea live on with his devoted wife of over sixty-two years, Enriqueta “Queta” (Cisneros) Bermea. Two sons, Dr. Raymond P. Bermea (Jan) of Aurora and Edward A. Bermea (Alyssa) of Madison, Alabama; one daughter, Cynthia Woodford (dec. David) of Warren; seven grandchildren; and many nieces, nephews and their families who thought the world of him.

Preceding him in death are his parents, Felipe and Josefa Bermea, seven sisters, two brothers, and one grandson.

Due to COVID-19, the family will hold private services at Staton-Borowski Funeral Home on February 5, 2021. Masks are required, and social distancing practices will be observed.

Per Mr. Bermea’s request he will be cremated. Following the service his urn will be laid to rest at All Souls Cemetery in Bazetta, Ohio.

Material contributions may be made to Hospice House, 9803 Sharrott Road, Poland, Ohio 44514.

To send flowers to the family or plant a tree in memory of Felipe Bermea, please visit our floral store.