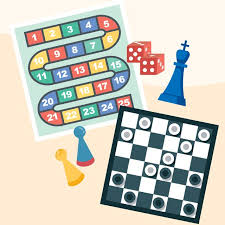 Esther Mancino, of Warren, Ohio, went to be with her Lord and Savior on April 12, 2021. She died at Trumbull Hospital of natural causes. She was 94 years old. Esther Emma Miller was born on August 31, 1926 in Plain City, Ohio, the daughter of Emma Troyer Miller and Atlee L. Miller. She was the fifth of eight children.  She was of Pennsylvania-Dutch heritage.

After completing school, Esther worked for Hoover in Canton, Oh where she had to have security clearance as they were making parts for submarines.  Later she moved to Detroit and worked in the mail room at Hudson Motor Car Company. This is when she met John Mancino, a first generation Italian-American.  It was love at first sight for both of them, and they were married September 22, 1951. They were married for 54 years, until his passing in 2005.

In 1957 they moved to Warren, where they raised 7 children.  Esther was a wonderful wife and a loving mother to her children. She had many interests and hobbies and enjoyed baking homemade bread, gardening, playing Scrabble, and putting jigsaw puzzles together, which she usually framed and gave to loved ones. She was an avid reader, especially of her Bible. Esther and John were members of Christ Memorial Baptist church.

Esther will always be loved and missed by her seven children who survive. They are Timothy Mancino of Warren, with whom she made her home, Elaine (Craig) Morgan of Warren, Ruth Mancino of Huntington Beach, Calif., Cheryl Brown, Barbara Mancino of Raleigh, N.C., John (Debra) Mancino of Niles, and Michael Mancino of Las Vegas, along with eight grandchildren, Melissa Morgan, Keith Morgan, Harmony Mancino, Lynel (Brian) Goetz, Joshua Brown, Jonathan (Amanda) Mancino, Joseph Mancino and Solomon Mancino, and 7 great-grandchildren. She is also survived by two siblings, a sister Alice Ralph of Florida and a brother Paul Miller of Indiana.

Besides her husband and her parents, Esther was preceded in death by one brother, Harley Miller, and four sisters, Edna Hyslop, Bertha Stephens, Frieda Neely and infant Sara Pauline Miller.

Services are 12:00 noon Friday, April 16, 2021 at Staton-Borowski Funeral Home, with Rev. Dave Luther officiating.  Interment will follow at Pineview Memorial Park.  Friends may call 11:00 am to 12:00 noon Friday at the funeral home.  Masks are required, and social distancing practices will be observed.

In lieu of flowers, monetary donations may be made in her name to Christ Memorial Baptist Church

To send flowers to the family or plant a tree in memory of Esther E. Mancino, please visit our floral store.