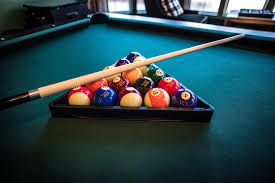 Butch was born Sunday, June 6, 1943 in Milton, Pennsylvania the son of the late William Kenneth and Mary Magdalene Lester Rupert.

He was a 1961 graduate of Warren G. Harding High School.  He enlisted in the United States Navy during the Vietnam Era and Cuban Missal Crisis and received an honorable discharge on June 27, 1965.

Butch worked for 18 ½ years for Van Huffel and after its closing worked for Delphi Packard Electric for 10 years.

He was a member of the American Legion, member of the I.U.E. CWA Local 717 and was chairman of the Education Committee.  Butch enjoyed hunting and shooting pool.

Besides his parents, Butch was preceded in death by a daughter Tracy Harvey and two brothers Timothy and James Lester and by his ex-wife whom he remained close friends with, Barbara Knoch.

A caring cremation will take place and a memorial service is being planned for Spring 2021.

To send flowers to the family or plant a tree in memory of Earl "Butch" C Rupert, please visit our floral store.