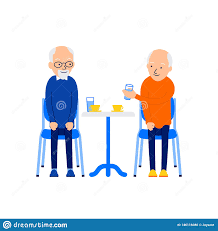 Dan attended Warren G. Harding High School and retired from K-Mart Distribution Center after more than twenty-five years of employment.  He was a terrific gardener and enjoyed his mornings having coffee with his friends.  He would help anyone in need, and most of all, enjoyed his time with his grandchildren and great-grandchildren.

Preceding him in death are his parents, Mikeal and Marybell Warner; one sister, Mary Gibson; and three brothers: Michael and James Warner, and John T. Carter.

Friends and family may call from 6:00-7:00 pm Saturday, September 12 at Staton-Borowski Funeral Home, with the services immediately following at 7:00 pm. His urn will be laid to rest at a later date at Crown Hill Burial Park in Vienna.

To honor his memory, the family asks that you go out and have a cup of coffee and some lively conversation with good friends.

To send flowers to the family or plant a tree in memory of Daniel S. Warner, please visit our floral store.