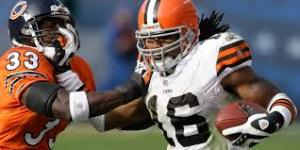 Michael A. Freeman, 61, of Warren, passed away peacefully Sunday, November 17, 2019 at Washington Square Nursing Home.  He was born December 21, 1957 in Warren, the son of George and Gladys (Veon) Freeman, and had lived in the area all his life.

Mike attended Warren Western Reserve High School and worked as a truck driver.  A kind-hearted man, he did anything and everything for everyone.  An avid Cleveland Browns fan, he enjoyed fishing, Bingo, and especially liked to watch the evening news.

Precious memories of Mike live on with his fiancée, Denise Sanchez of Warren; four sisters: Sherry White (Leroy) of Champion, Cindy Heib (Larry) of Warren, Jody DeSantis (Steve) of Warren, and Candy Bassinger (Mike) of Windham; two brothers, Joe Freeman of Warren and Nicholas Freeman (Felicia) of Howland; and many nieces, nephews, and their families.

Preceding him in death are his parents; two sisters, Judy Freeman and Brenda Setting; one brother, James Freeman; one niece, Laurie Freeman; and one nephew, James Freeman, Jr.

Per his request, cremation is taking place. His urn will be laid to rest at Oakwood Cemetery.  Services will be conducted at a later date.

To send flowers to the family or plant a tree in memory of Michael A. Freeman, please visit our floral store.

You can still show your support by sending flowers directly to the family, or by planting a memorial tree in the memory of Michael A. Freeman
Share a memory
© 2020 Staton Borowski Funeral Home. All Rights Reserved. Funeral Home website by CFS & TA