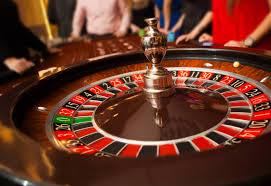 Barbara F. Monsanty, 88, of Warren, passed away peacefully Sunday, January 12, 2020 at St. Joseph Health Center.  She was born May 18, 1931 in Orwell, the daughter of Stephen and Rose (Wagner) Fagan, and had lived in the Warren area most of her life.

A graduate of St. Mary’s High School, Barbara was active with the Warren Italian-American Festival.  She enjoyed playing Bingo and going to casinos, and loved listening to the music of Elvis Presley, Conway Twitty, and Engelbert Humperdinck, among others.

Precious memories of Barbara live on with her two children, Bruce Monsanty (Livia Gomez) of Florida and Charlene Monsanty (Marc Beechy) of Warren; a grandson, Trenton Beechy; two sisters, Bernadette Fox and Kathleen Ady; and many nieces, nephews, and their families.

Services will be announced at a later date.

Material contributions may be made in her memory to Hospice of the Valley, 5190 Market Street, Youngstown, Ohio 44512.

A service summary is not available